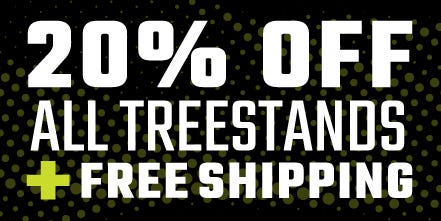 With most new stand setups there’s usually a little limb trimming that needs to be done. But how much is too much? That depends on a number of variables. Let’s take a look at some.

The name of the game is getting close for hunters using archery gear. If using a bow, you also have to draw the string back before the shot. In order to pull this off at close range, you’ll need as much cover as possible around your stand. This is why it’s important not to go overboard when trimming your shooting lanes. You want just enough clearance for your arrow to travel from your stand to your target. Most importantly, try to leave limbs behind you to help break up your outline. Sometimes this isn’t an option, but you can attach cut limbs behind you to help breakup your outline.

When trimming your actual shooting lanes, think of your lane as a tunnel, more than a highway. What I mean is, only trim enough cover for your arrow's flight path, but not an entire swath of cover. Remember, beyond 20 yards an arrow travels along an arced path, so be sure to trim your lane high enough for the arrow to fly through before it continues on its downward trajectory. Also, when looking at your stand from the ground, crouch down to a deer’s level to see what needs to be trimmed. 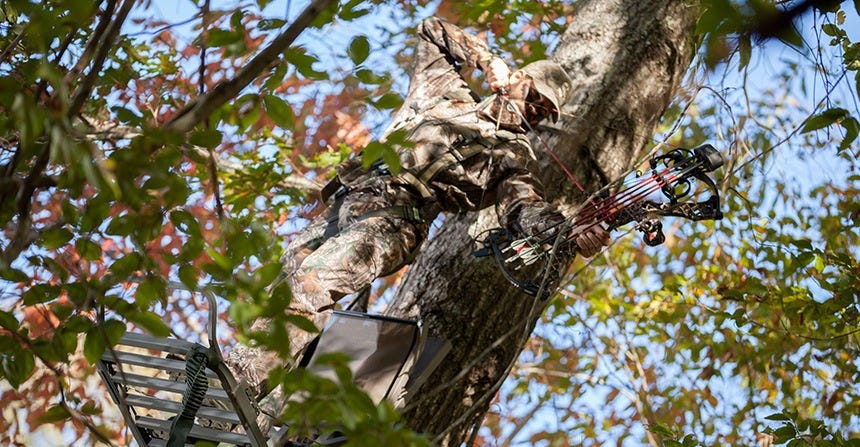 Hunting with a firearm is a bit different. You don’t have to move much at all to take the shot and you don’t have to be close either. This is a huge advantage and you can typically get away with cutting more brush from your shooting lanes. Don’t cut a lot of brush around the stand itself if possible as this will again help break up your outline, but be sure there are no limbs to interfere with a bullet’s flight path. While shooting lanes for the archery hunter might only extend out 50 yards or so, the rifle hunter’s shooting lane should extend out to the comfortable range of the shooter. That could mean 100 yards to 1,000 yards depending on the ability of the shooter.

As you get farther from your stand, you can take advantage of cutting saplings and brush off at ground level to get rid of it all together. This will save you time from trimming lots of small limbs. Long roadbeds make good rifle lanes, so be sure to walk the length of the dirt road or ATV trail that you plan to hang a stand on and trim the limbs on the edge of the trail or road. Give yourself enough of a lane that you have time to make the shot when a deer steps out. A buck might keep moving instead of stopping, so you’ll need to be quick on your toes. 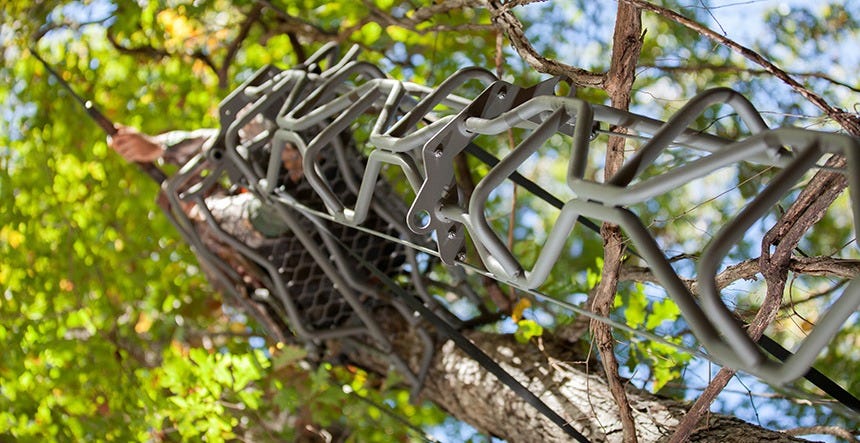 Most stands will benefit from more than one shooting lane. Again, be cautious that you aren’t opening your stand up too much. If your stand is in a transition area between bedding cover and food, it’s possible that a deer might walk on either side of your tree. Unless you have a dominant terrain feature to block deer movement, you’ll probably want a shooting lane on both sides of your stand just in case. Even if your certain the deer will travel on one trail and you have a lane cut for that trail, it’s not a bad idea to cut another lane to intercept the same trail 10 to 20 yards away from the other lane, or even farther down the trail if gun hunting. That way if a buck passes through your first lane, you still have a shot opportunity when he enters the next shooting lane. 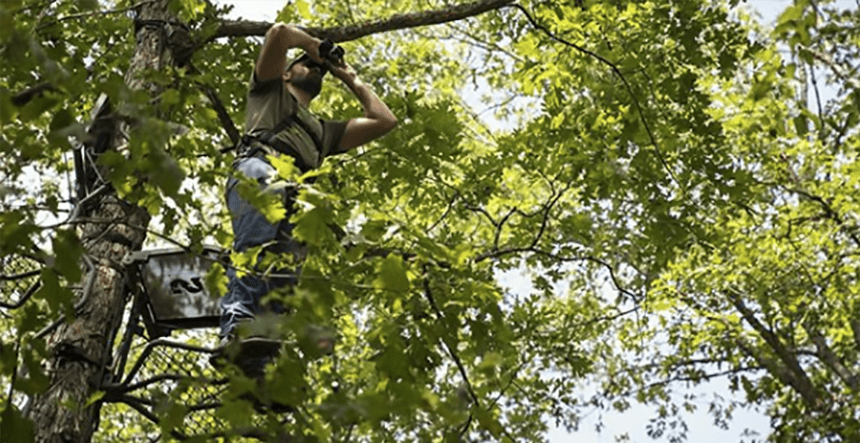 The best way to trim shooting lanes is to take a hunting partner. One of you should climb into the stand while using a safety harness attached to the tree or safety line and direct the other person where to cut. Do this for bow and gun lanes. Then, on the next stand, swap up duties.

Obviously, this is a lot of disturbance in the hunting woods. That’s why it’s best to do these chores well before deer season. Get out there now and enjoy the outdoors while getting some well-needed maintenance done.

About the Author: Mark Olis is a veteran outdoor writer and land manager. When he’s not planting food plots on his hunting property in central Alabama, he’s thinking about it. Managing the land and wildlife is a year-round passion of his and he enjoys sharing it with other like-minded folks.